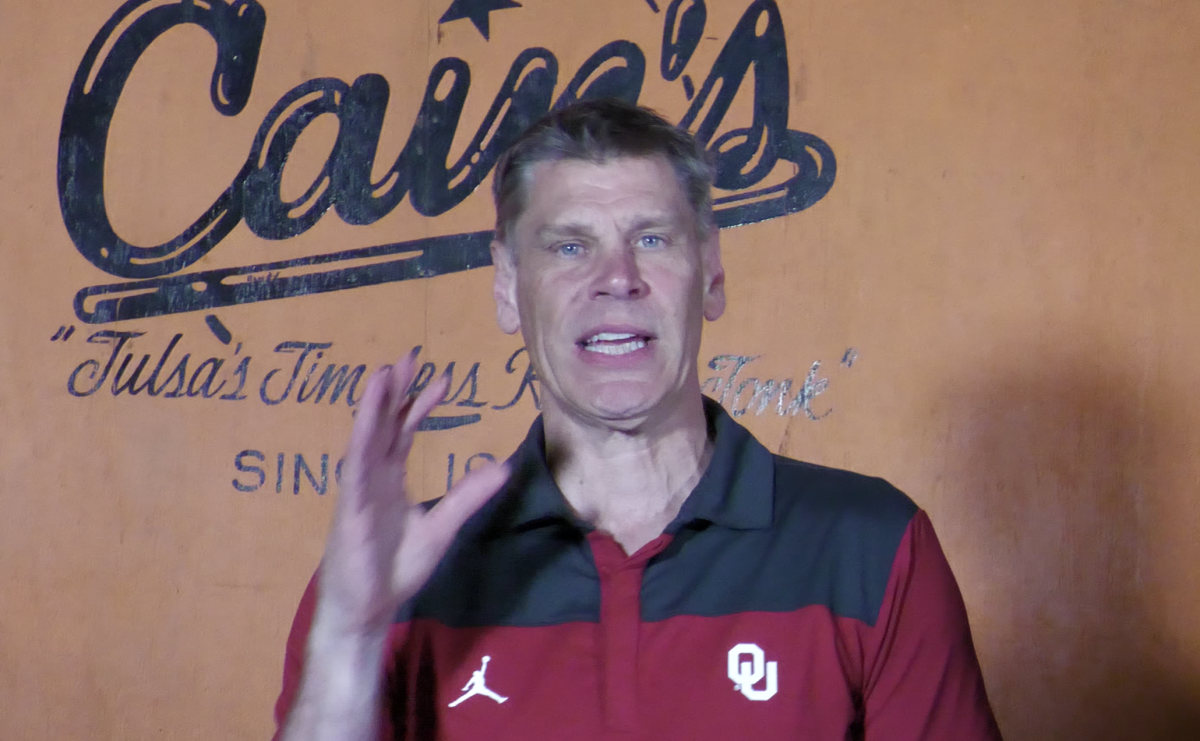 But there’s not much college basketball coaches can do these days when a player decides to enter the transfer portal.

“I was (surprised by Umoja Gibson’s decision),” Moser said during Thursday’s stop on the Sooner Coaches Caravan. “It was something that – he said he was coming back. We had talked and he had worked on a lot of things. And then this week he came and said he wanted to look at different options. So, yeah, that’s the world we’re living in right now with the portal.

Gibson led the Sooners in scoring last season with 13.0 ppg and was counted on to provide both offensive punching and leadership in Moser’s second iteration of OU basketball next season.

Moser said he was a bit more prepared for Elijah Harkless’s decision to transfer to UNLV, even though Harkless had previously posted on social media that he was looking forward to coming back strong from a knee injury that put him off. end of the season next year.

“Well, that’s the problem with the portal. You can say you’re coming back,” Moser said.

“…We talked about it. Right after the season we talked about it and he said that was probably what he was going to be looking for. So this one didn’t surprise me. I know he announced he was coming back, and then a few weeks later (he left), so that was a surprise. But when he got hurt, he came in and we were just talking about some things. I think he wanted to get closer to the west coast. … I think he had indicated that he wanted to be closer to California and his family.

Moser explained that coaching and even recruiting in the age of the transfer portal and NIL have undergone significant evolution.

“Everything has completely changed,” he said. “…You are juggling the NIL. You juggle the portal. And to be able to have guys who are immediately eligible. And you need time to build your own culture where they want to stay. And we will.

It even changed the game when it comes to recruiting. Coaches no longer really offer the old, tried-and-tested promise of free education, great social experience, great competition, and a path to the pros. Now it’s NBA and NIL – and if that doesn’t work, the portal is still open.

“With the NIL, no question,” Moser said. “That is the end of the discussion, unequivocally. Many things are the same. The guys want to play at the next level. I think you hear one thing is that a lot of people in our (gaming) ears are saying what they think they need to do to get to the next level. You see that a lot. Without a doubt, the transfer portal and NIL have changed things with what rookies want.

Yet, while some programs retain a major inherent advantage, college athletics is generally a somewhat level playing field. To that end, Moser tries to keep a positive attitude about rolling with the punches and trying to stay one step ahead.

“There are only two ways to approach it,” he said. “You can keep getting mad at the portal or…I’ll make the best of it, man.” I will find people to put the best people representing the University of Oklahoma on the floor.

During his 10-minute interview, Moser frequently pointed to the interlocking “OR” embroidered on his shirt.

“At the end of the day, I’m going to find people who want to wear that OU shirt proudly,” he said. “They want to be in this program. I will keep looking and keep finding. And if somebody doesn’t want to be in the program, then they’re not in the program. I’m going to find people who have both feet in it, because I’m lucky enough to wear a hell of an OU (logo). And if they don’t want to wear that, they think they can find something else, this, that, or the other, somewhere else. Good luck. And I will move on.

Moser said that as the May 1 deadline nears to enter the portal and still be eligible next season, there have been rumors and discussions at various levels of players getting another eligibility waiver. transfer from the NCAA. This would complicate the efforts of many coaches nationwide trying to build a foundation and establish a culture.

“If you’re a young guy in high school, you might be recruited by 10 or 12 schools,” Moser said. “Sometimes it’s geographical. You see these portal guys walk into the portal, you will see them get 50 calls in the first 48 hours. 50. You see children being contacted by 50 schools. You take care of this recruitment. It’s just a different recruitment.

“But I don’t hesitate. We’re going to field a team that people are so proud to wear this Oklahoma on their chest.