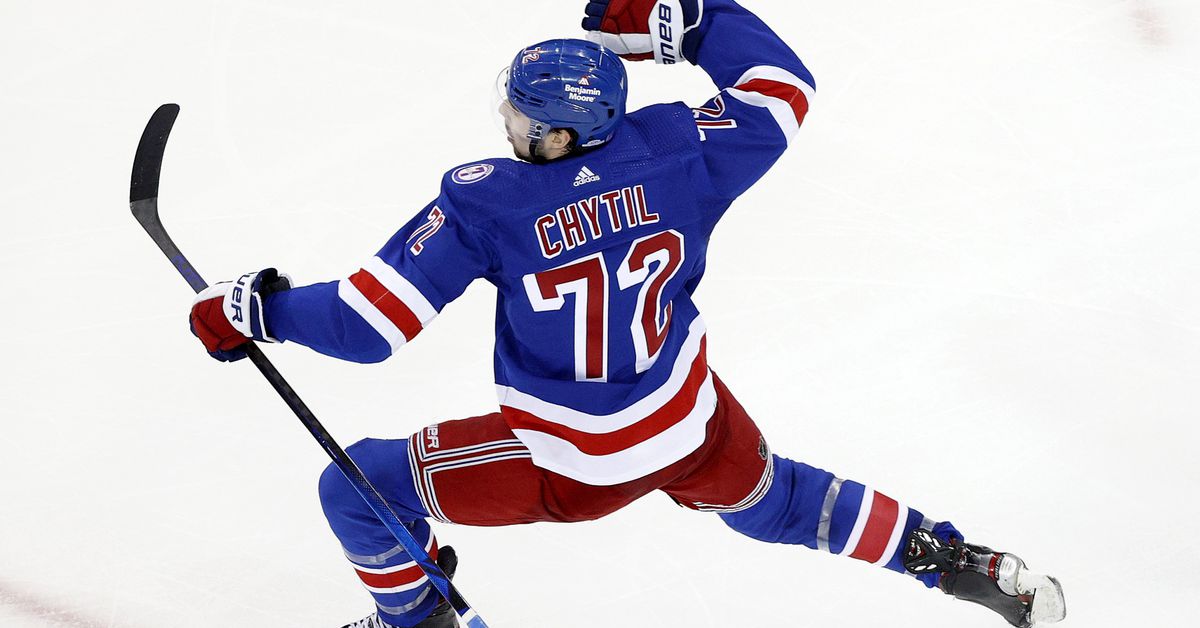 We’ve been here before, but usually not so close to the start of a game. Per Gerard Gallant, Filip Chytil and Ryan Strome will play tonight.

By #NYR Coach Gallant, Ryan Strome and Filip Chytil will be there tonight.

The good news gives Rangers the best chance of winning, as they return home to MSG in an all-important fifth game. Chytil’s presence will keep the kids’ line intact, which has been Rangers’ best line for some time this playoffs. Gallant can do himself and the team a favor and give them more ice time, our own Tom Dianara explains why that’s so important here. Strome back, allows Goodrow to stay on the fourth row where he is a much more effective player. While Gallant has given us false hope in the past, the Rangers and their playoff hopefuls need this news to be real.

Another interesting development for the team is the progress of the rehabilitation of Sammy Blais. While Gallant has publicly stated that it’s a long way for him to come back and play this series, according to Mollie Walker, he was no longer in a non-contact jersey during their practice just two days ago. Although Gallant prophesies his chances of returning are slim, never say never. Based on empirical data, questioning the information provided by Gallant regarding players returning from injury seems like the logical way to go.

Also, Sammy Blais is wearing a regular jersey for the first time we see. He has been in a non-contact situation since he started skating again with #NYR