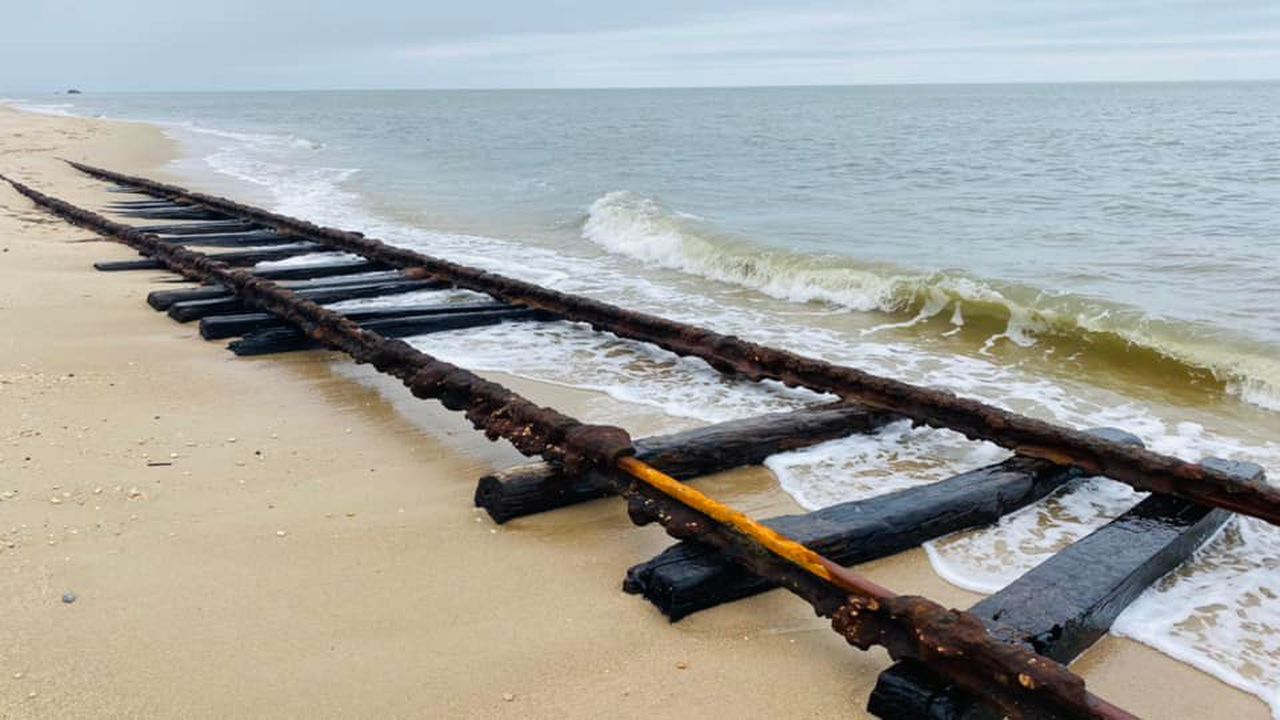 The coastal storm that has churned the Atlantic Ocean and eroded Jersey Shore beaches for the past few days has unearthed the century-old “ghost tracks” on a Cape May beach.

Liz Goldsmith spotted the rusty, water-worn tracks on Tuesday at low tide between Sunset and Higbee beaches in Cape May County and posted some photos on her Facebook page.

It’s not the first time the tracks have been seen, as the nor’easters that pound the Jersey Shore usually make them visible, including last year in February.

They were first seen in nearly 80 years in November 2014 and have been spotted numerous times since then, including back-to-back storms in March 2018.

The tracks were used in the early to mid-1900s to support sand mining and munitions testing during World War I and were used by the Cape May Sand Company from 1905 to 1936. The company removed the sand from the beach or dredged it from the ocean and pulverized it into glass or cement.

Another set of tracks is located a few miles to the north and was used by Bethlehem Steel Corporation, which used the beach to blast ordinances and fire shells into the sand and dunes.

Thank you for counting on us to deliver local news you can trust. Please consider supporting NJ.com with voluntary subscription.

Chris Sheldon can be reached at [email protected].