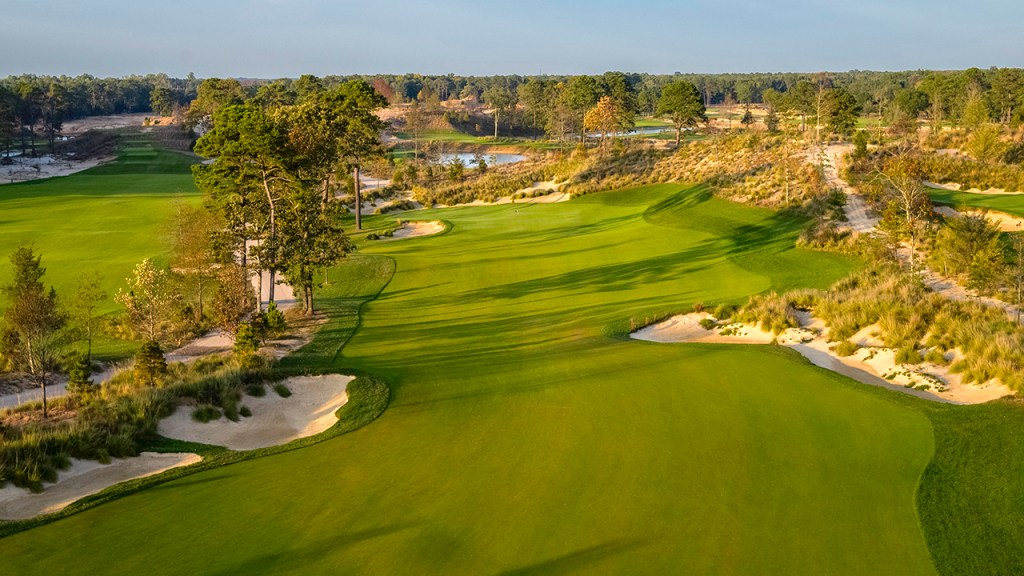 More than three years of earthwork – over 1.6 million cubic meters of earthworks in all – come to an end as Dana Fry and Jason Straka complete the final holes of an ambitious Union League National renovation Golf Club at Swainton near the New Jersey shoreline.

More of a complete overhaul of the property than a basic renovation, designers began the project in 2018 and completely redesigned the 27-hole facility, taking a nearly flat site in the Sand Barrens of southern New Jersey and introducing hills, ridges and a massive amount of fresh vegetation. Formerly the publicly accessible Sand Barrens Golf Club, the property was purchased by the Union League of Philadelphia in 2017 and converted to a private club.

Work on 23 of the 27 holes has been completed, with the final four holes expected to be completed and playable by July. But that won’t be the end of the job, as revegetation efforts are expected to continue through 2024.

The former on-site golf course was designed by Michael Hurdzan and Fry in the 1990s and early 2000s. Now Fry and Straka’s team have closed nine holes at a time during reconstruction, keeping the least 18 open throughout the project.

The scale of the work was enormous, with the construction of a giant hill nicknamed the Big Fill in the center of the 268-acre plot. The hill is tied to ridge lines that taper and stray for hundreds of meters, with gaps along the extended slopes.

“All of these ridges are like the arteries of a human body,” Fry said in a press release announcing the status of the project. “By the time we completed the major earthworks, the largest section of the Big Fill housed eight tee complexes, nine green complexes and parts of seven fairways. It’s this massive, 78 feet high in places. It covers 45 hectares. In the same way that an architect blends the surrounding contours into a single green complex, we blend an entire routing into the contours we created through the Big Fill.

Fry said that by extending the ridges well away from the main hill, they were able to make the earthworks more natural. This aspect will only improve as new vegetation takes hold.

“We specified 13 different species of native grasses, groundcovers and shrubs, as well as dozens of varieties of wetland plants, to create a rugged look for Pine Valley and control erosion,” said Straka in the press release. “In addition, thousands of oaks, cedars, and pines have been planted or relocated to connect existing tree lines and these native borders to the Big Fill itself.”

So, although the site has undergone heavy work, Fry and Straka are convinced that as the vegetation settles, the site will become more and more natural.

“Five or 10 years from now they’ll say we’ve found the most amazing natural dirt ridge in all of South Jersey,” Fry said of the project which will include a new clubhouse, short course, facilities training and more.

Take a look at photos of some of Union League National’s work below: