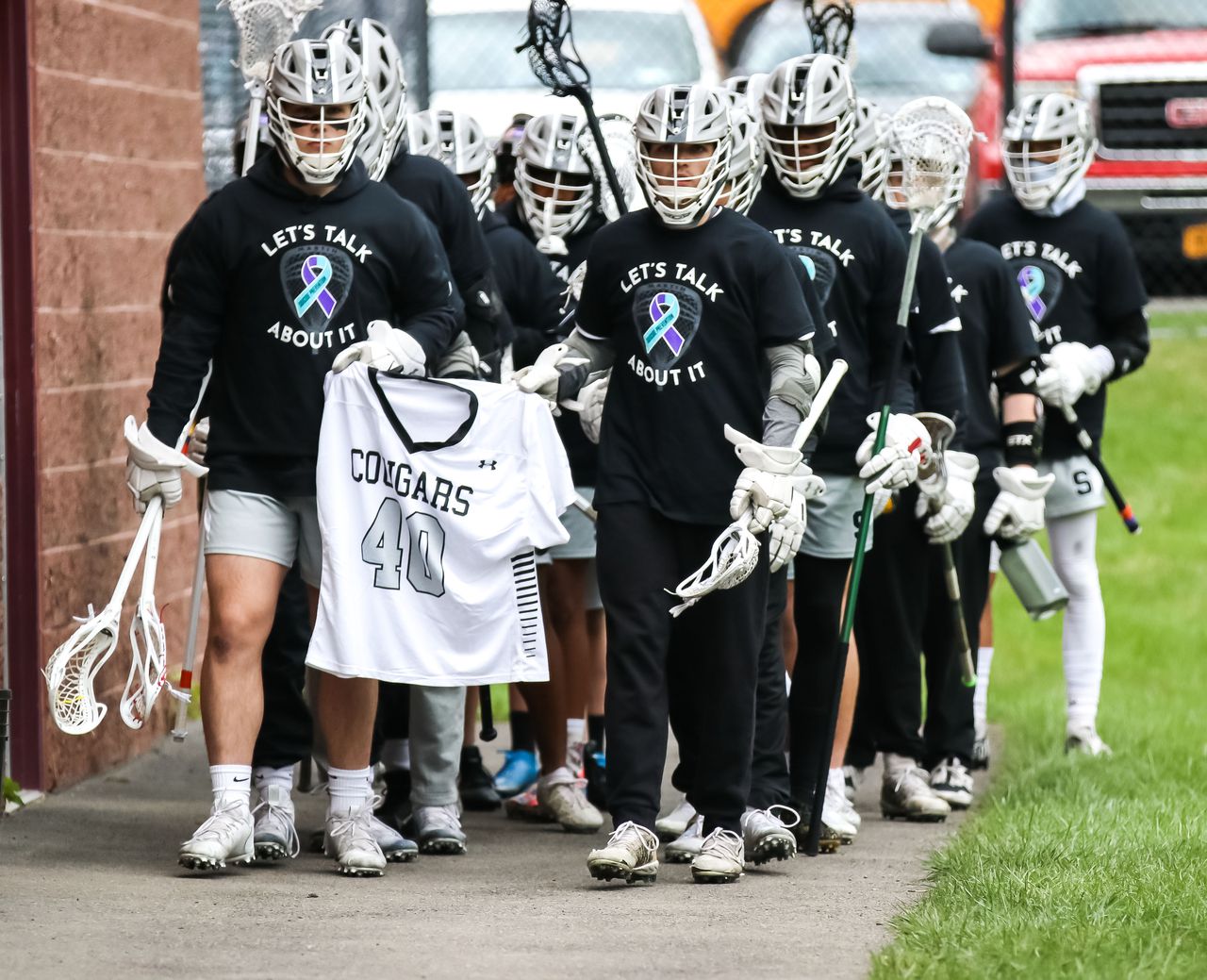 Syracuse, NY – The Syracuse Boys’ Lacrosse Program honored a former player Wednesday night while trying to bring hope to others who may be struggling with mental health issues.

Before its game against Central Square, Syracuse paid tribute to former goaltender Robert Martin. Martin, who graduated from Corcoran and went on to play at Binghamton, took his own life earlier this month.

Syracuse coach Matt Dowd said the $2 admission fee, which usually goes to the booster club, will instead be donated to a local suicide prevention group. Dowd said Martin’s family will eventually start a foundation in his name to help with depression issues. Dowd said the school will designate one men’s lacrosse game per season to raise funds for the group.

Martin’s mother, Peggy, was in the contest and before the game she was presented with Martin’s framed high school jersey. During warm-ups, Syracuse wore jerseys emblazoned with a goalie stick logo and a “let’s talk about it” message.

“Just because we’re athletes doesn’t mean we can’t talk about it. It’s important to be able to talk openly about your struggles and feel like you can reach out to your teammates, your coaches and have those kinds of conversations that we normally bury inside,” Dowd said. “That’s our message. We don’t want people to hide things they’ve been hiding before and feel like they can’t admit things because they’ll look weak compared to other players or athletes.