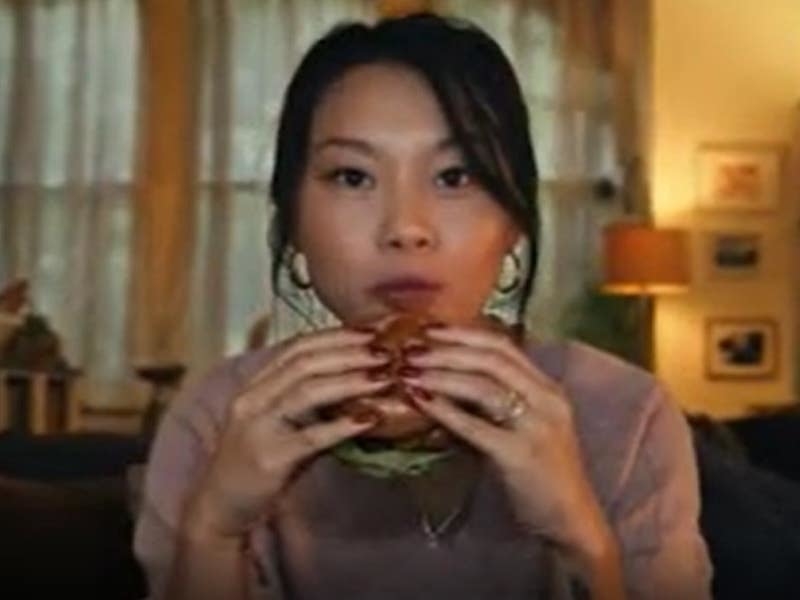 Ads for Tesco’s Plant Chef burgers have been banned over ‘misleading’ claims that the products could make a positive difference to the environment compared to their meat counterparts.

Television, video-on-demand, radio, print, Twitter, and website advertisements in October and November featured a woman about to eat a hamburger while hearing the words on television: “The planet continues to heat up,” after which a voiceover said, “Now that’s not what Zoe likes to hear, but she’s going to roll up her sleeves and do her part… and there you have it, a delicious Tesco Plant Chef burger.

“We’ve lowered the price of dozens of our Plant Chef products because a small trade-off can make a difference for the planet.”

The ads sparked 171 complaints that the product swap claims were misleading.

Tesco said the claims were not, nor were they meant to be, “absolute environmental claims”, as they did not claim the products were entirely sustainable or good for the planet.

The supermarket giant said the ‘little’ wording played an important role in determining the extent of the claims, adding that they did not claim the products were sustainable or good on their own, but that when eating plant-based rather than meat-based products, consumers could make a small or “small” difference.

“However, we understand that Tesco does not hold any evidence regarding the full life cycle of any of the products in the Plant Chef range, or the burger featured in the advertisements, so we were unable to assess the environmental impact. total product over its life cycle compared to that of a meat burger.

“Because we hadn’t seen evidence…that demonstrated that Plant Chef products could make a positive environmental difference to the planet compared to their meat equivalents, nor had we seen evidence of the cycle of full life of the Plant Chef burger, we concluded claims about their positive benefits to the planet had not been substantiated and were likely to be misleading.

Four plaintiffs had argued that the chickpeas, lentils and beans featured in the advertisements were grown and imported from overseas and would therefore have a greater environmental impact than domestically produced meat.

However, the ASA ruled: “Because we considered that both advertisements would be understood to promote the general environmental benefits of reducing meat protein in place of vegetable protein, we concluded that the claims “better for the planet” and “help the planet” were not misleading.”

A Tesco spokesperson said: ‘We offer hundreds of plant-based options and although we are disappointed with this outcome, our customers can continue to rely on us to help them enjoy a better balanced diet. with many delicious and affordable herbal products in the pipeline.