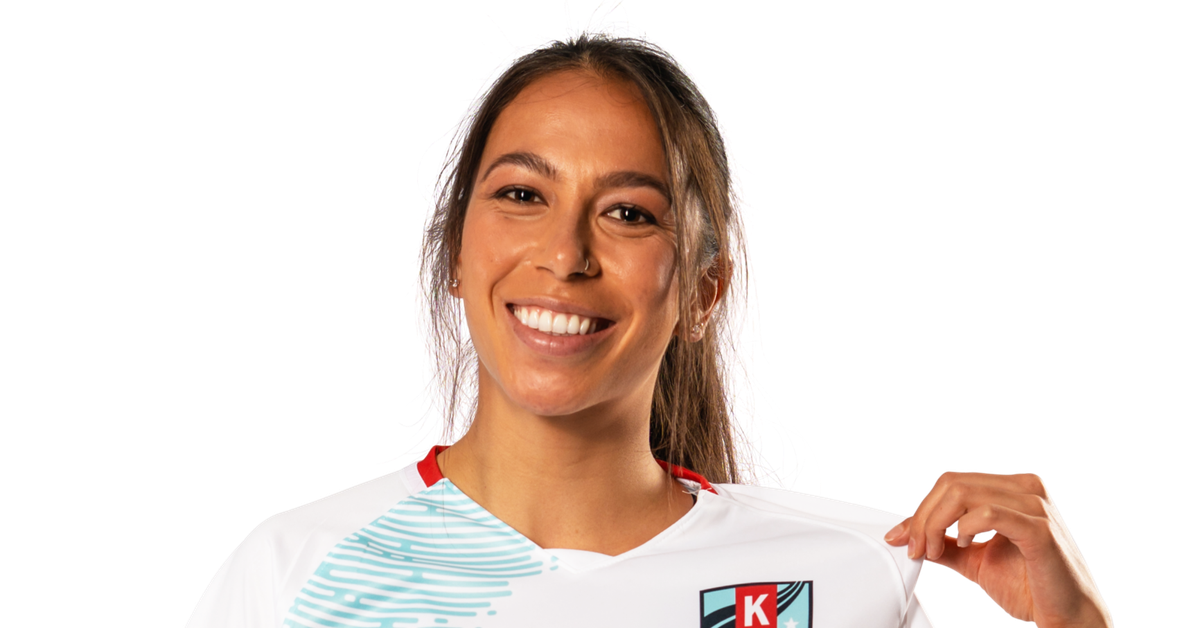 On Tuesday, Kansas City Current unveiled its new secondary kit that will replace the solid white setup starting in 2021. The 2022 secondary is anything but simple. It had the team’s teal blue and red added to the white, along with the NWSL 10th anniversary logo. Plus they have that deep navy blue of the logo on the text and numbers (thank goodness since our site is called The Blue Testament).

When the current joined the league in 2021, there wasn’t much time before games started, so expect plain white for the secondary and red for the primary. Even then, Kansas City did a good job putting players in those slick teal socks. The team has not released full body photos, but Meg Linehan of Athleticism confirms white shorts with teal socks.

The National Women’s Soccer League, once again, has the best kits in America, as they are far more creative than the white and black t-shirts that much of Major League Soccer wears.

Additionally, the shirt features four sponsors, with Saint Luke’s on the front, Palmer Square Capital Management moving to the back, Blue Cross and Blue Shield of KC on one sleeve and Ally on the other.

Below are five other high-resolution images provided by the team. Personally I think they nailed it and I especially love that the design is on the front and back which makes it less likely to look like a white t-shirt from afar.

Now, if 2022 can bring a teal kit as a new primary (or some version of teal), I’m here for it. It will be unveiled before the regular season home opener. What do you all think of the jersey?